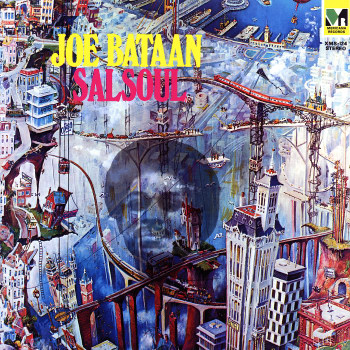 A landmark album from Joe Bataan – so great, that it made the entire record company change its name! The record has Joe really bursting out after his seminal Latin Soul work of the late 60s – blending Latin rhythms and American soul into a whole new style of music – one that Joe called "Salsoul", because of it's mixture of salsa and soul! The blend is fantastic, a real milestone in the NuYorican scene – and handled perfectly by Joe on every cut! There's some massive Latin funk on here, including the tracks "Latin Strut" and "Aftershower Funk", plus some straighter Latin jazz, like "Sunny Gets Blue Mambo", and a great Latin Soul cut with English vocals called "Johnny". CD features the bonus track "Continental Square Dance".  © 1996-2020, Dusty Groove, Inc.