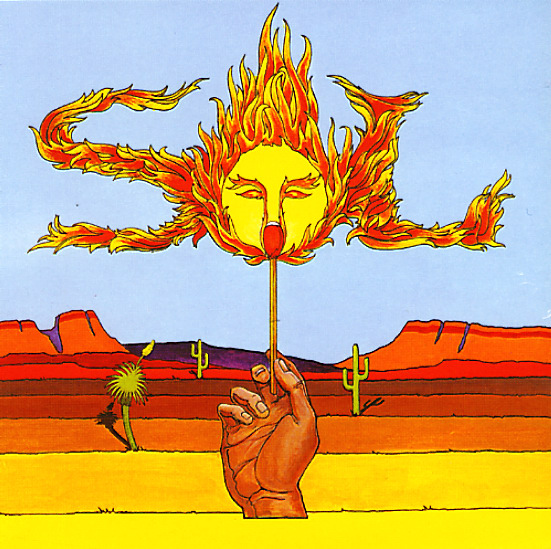 Killer Latin funk from the mid 70s – a totally rare little set, but a masterpiece all the way through! Sol is a combo headed up by keyboardist Joe Gallardo – and they've got a groove that blends together some wonderful elements – including jazz funk, straight Latin, and a bit of Chicano soul – all wrapped up in a warm, west coast sort of vibe that's totally great! In a way, the album almost feels like some lost treasure from Fantasy Records' best funky years – but it's also got a more unique feel overall, and a way of changing up the groove that keeps things fresh throughout. Lead vocals are by Ray Romero, who sings in English, and almost echoes Mark Murphy's style on Muse – and other instrumentation includes guitar, flute, saxes, trumpet, and lots of Latin percussion. Titles include the cut "Maranatha", a very nice groover – plus a version of Ray Barretto's "El Que Se Fue", Stevie Wonder's "Bird Of Beauty", and the original cuts "Sailing", "Patrice", "Someday", and "Squeeze".  © 1996-2021, Dusty Groove, Inc.