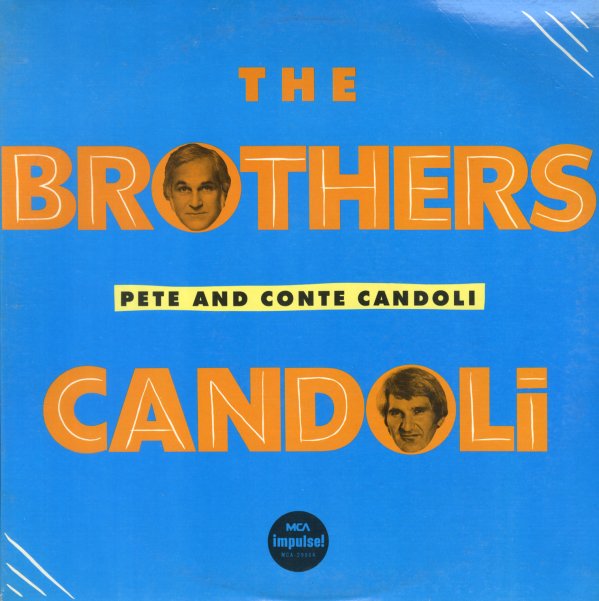 Pretty cool work from west coast trumpeting brothers Pete & Conte Candoli – released to coincide with their appearance in Bell, Book, & Candle, where they worked in a small jazz combo fronted by Jack Lemmon (as a warlock!) on bongos! The style of the tracks is similar to those in the film – two trumpets up front, with groovy beat-era style backing that has a guitar echoing out in cool ways that give the tracks more of an edge than some of the brothers' other work from the time. Tracks include "Bell Book & Candoli", "Hey Bellboy", "Pagoda", "Night Walk", "Spanish Carnival", and "I May Be Wrong". Unusual 80s issue of this late 50s session!  © 1996-2021, Dusty Groove, Inc.
(80s pressing on MCA. Cover has light wear and a cutout notch.)