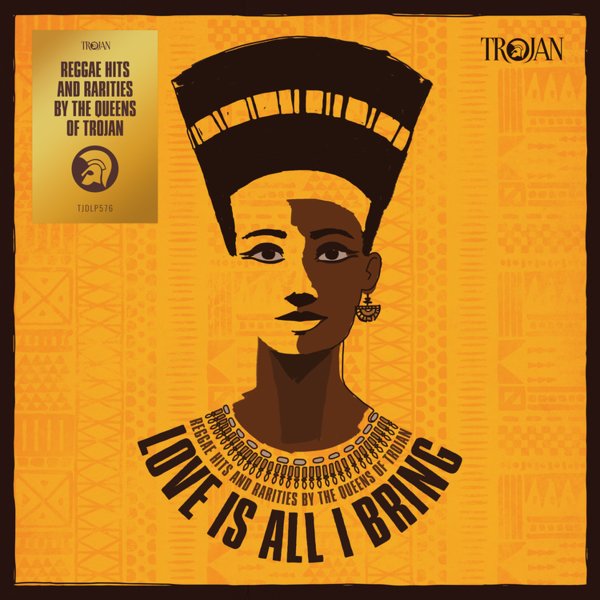 The fantastic female side of Trojan Records – the legendary reggae label that formed a key bridge between Kingston and London back in the day – and helped introduce generations to the changing styles of Jamaican music in the 60s and 70s! Trojan's maybe best known for some of its big male artists, but this special set focuses on the equally strong female talent in the roster – sometimes singers who only got a chance to cut a single or two for Trojan, or who maybe found greater fame in later years – all brought together here in a double-length collection of classics and rarities. Titles include "Girlie Girlie" by Sophia George, "I Shall Sing" by Judy Mowatt, "Uptown Top Ranking" by Althea & Donna, "Hurt So Good" by Susan Cadogan, "I Let You Go Boy" by Dawn Penn, "Dynamic" by Paula Clarke, "My Willow Tree" by Hortense Ellis, "Honey Hush" by Millie Small, "Barbwire" by Nora Dean, "Lovin You" by Janet Kay & The Kaylets, "Back In My Arms Again" by Doreen Shaffer, "Give & You Get" by Marcia Griffiths, "Love Was All I Had" by Phyillis Dillon, "I'm Still In Love With You" by Marcia Aitken, and "Back Wey" by Faye Bennett. 49 tracks in all!  © 1996-2021, Dusty Groove, Inc.

Complete Island Recordings (11CD set)
Island/Tuff Gong (Germany), 1970s. New Copy 11CD
CD...$53.99 59.99
A groundbreaking set of work from one of the musical giants of the 70s – not just a reggae star, but an artist who took the sound of Kingston to the rest of the globe with the crucial albums in this collection! Bob Marley had already been one of the reigning stars of Jamaican music when he ... CD