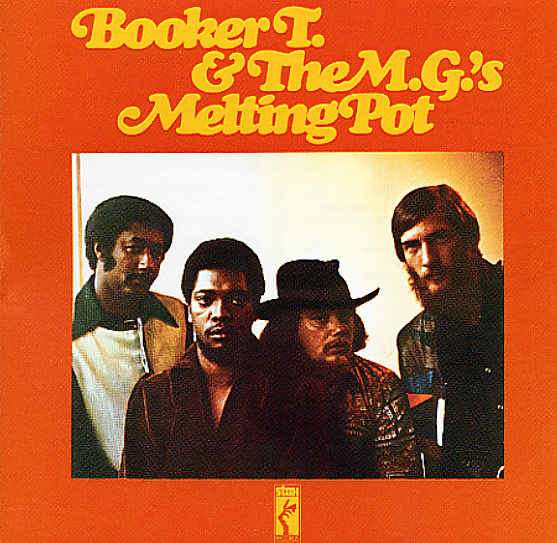 One of the greatest albums ever from Booker T & The MGs – and very different than their early work! The record has Book & Co taking off with a stretched-out jazzy sound – carving expanded grooves that are filled with sweet organ solos, choppy guitar riffs, and some incredibly tight rhythm lines – more than enough to make this set a standout in the collection of any beat digger! Includes the massive "Melting Pot" – an oft-sampled jam that runs for over 8 minutes long – plus "LA Jazz Song", which features amazingly tight guitar work from Steve Cropper, and the nice cuts "Fuquawi" and "Chicken Pox". Other titles include "Back Home", "Sunny Monday", and "Hi Ride".  © 1996-2022, Dusty Groove, Inc.

Shaft (purple vinyl pressing)
Enterprise/Stax, 1971. New Copy 2LP Gatefold (reissue)
LP...$22.99 29.98 (LP...$13.99, CD...$2.99)
A landmark album that hardly needs any introduction – as it's one of the most famous soundtracks, if not soul records, of the 70s! Isaac Hayes had already surprised music fans with the sophistication of his first few solo albums, which had been issued before this one – but with Shaft, ... LP, Vinyl record album

Thriller
Epic, 1982. New Copy Gatefold (reissue)
LP...$22.99 23.98 (LP...$14.99)
Arguably the last true moment of genius in Michael Jackson's career – a record that sold a bazillion copies around the world – and for plenty good reason! Michael's still working here with Quincy Jones – in territory that steps nicely from the Off The Wall groove, into territory ... LP, Vinyl record album