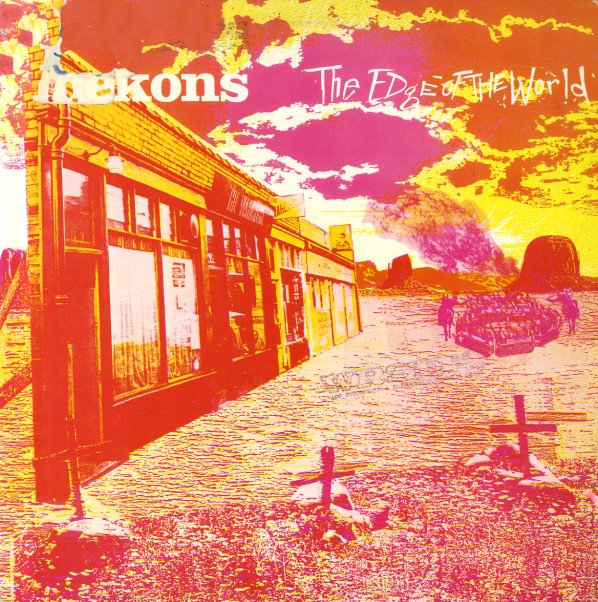 Edge Of The World

The Mekons follow up to Fear & Whiskey, another incredible moment in what might by their best ever period – and most certainly a favorite of ours for the addition of the great Sally Timms to the band! We can't speak for the crowds overseas, but at this point in the Mekons touring career, we'd wager that as many 25 out of every 40 people at their live shows in the US were rock critics with literary ambitions. We mean that as a compliment to both the band and the critics. There's a poetic, boozy passion to the lyrics and the musical craft is a little more straight forward here than the preceding effort, and a maybe a little more formative of the alt country sound they'd come be credited for inspiring. It's their second straight up classic album in a row, with titles including "Hello Cruel World", "Ugly Band", "Big Zombie", The Letter", "Dream Dream Dream", "Slightly South Of The Border", "King Arthur", and "Oblivion".  © 1996-2020, Dusty Groove, Inc.