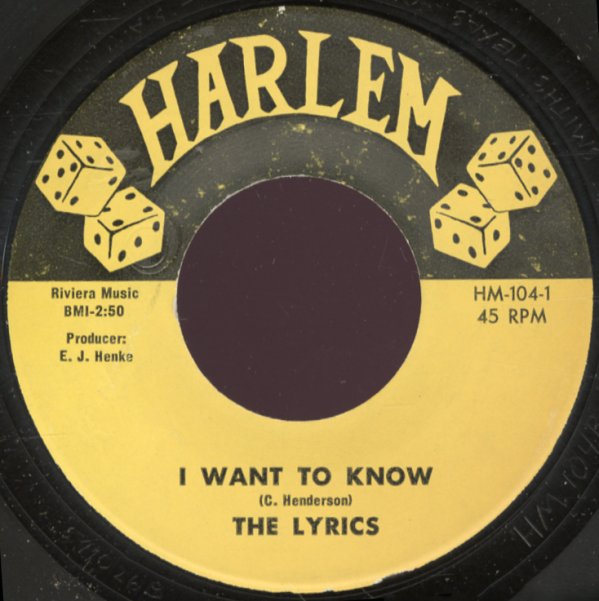 I Want To Know/Beating Of My Heart

(Side A is pressed slightly off center but doesn't sound too warbled.)