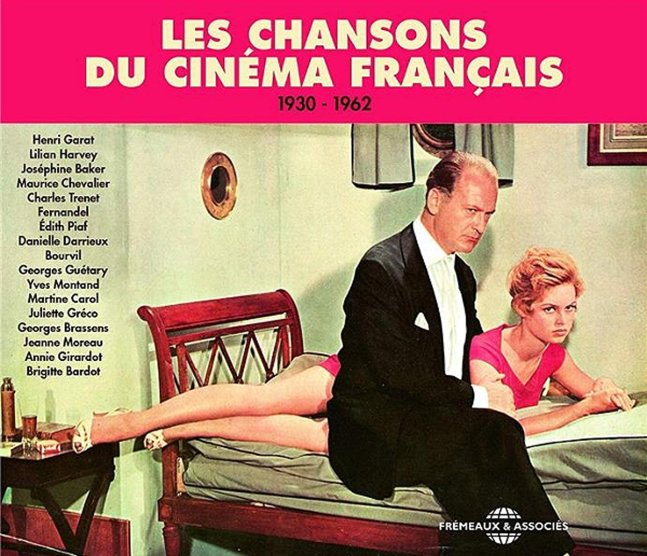 Famous songs from French films – served up here in a massive 3CD set that combines the biggest moments from both pre and postwar cinema! These songs are mostly vocal numbers, not instrumental themes – which makes the package a bit different than other soundtrack collections, and which also ties the evolution of cinema in France to the evolution of chanson – huge transformations that happen in a really short space – and which take place in terms of style, mood, meaning, and method! Material of the 30s tends to be a bit more sentimental or romantic, the middle period shows a mixture of modern moments with more traditional ones, and things really take off in the 50s – as bits of jazz and other styles come into the mix. 60 tracks in all, with notes in French and English – and work by Charles Trenet, Colette Mars, Suzy Delair, Brigitte Bardot, Georges Brassens, Edith Piaf, Jeanne Moreau, Arletty, Jacques Pills, Martine Carol, Juliette Greco, Henri Garat, Jean Mumiere, Fernandel, Tino Rossi, Yves Montand, Lucien Jeunesse, Philippe Clay, Mouloudji, Magali Noel, Corinne Marchand, Hildegard Neff, and many others.  © 1996-2021, Dusty Groove, Inc.