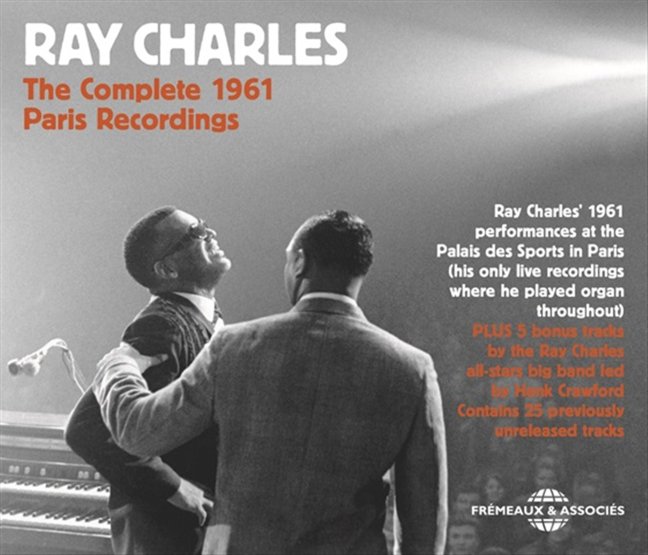 A really fantastic slice of work from Ray Charles – billed here as the only live recordings in which Ray played Hammond organ throughout – instead of his usual piano! The 3CD set brings together three full performances recorded in Paris on October 21 and 22 in 1961 – right at a point when Ray was moving between Atlantic and ABC Records – and working with lots of the strong jazzy charts used in his final years at the former label! The Hammond is fantastic, and a number of tracks are nice and long, with great instrumental solos – so much so that it's almost as if Charles' is putting that side of his skills forward first, then coming in for a vocal punch second. Some of these tracks have been issued before, but there's also a lot of unreleased titles in the package – and tunes include "One Mint Julep", "Moanin", "I'm Gonna Move To The Outskirts Of Town", "Hit The Road Jack", "What'd I Say", "Sticks & Stones", "I Wonder", "Just For A Thrill", "Doodlin", "Georgia", "Hallelujah I Love Her So", "From The Heart", "My Baby", and "I've Got News For You".  © 1996-2021, Dusty Groove, Inc.