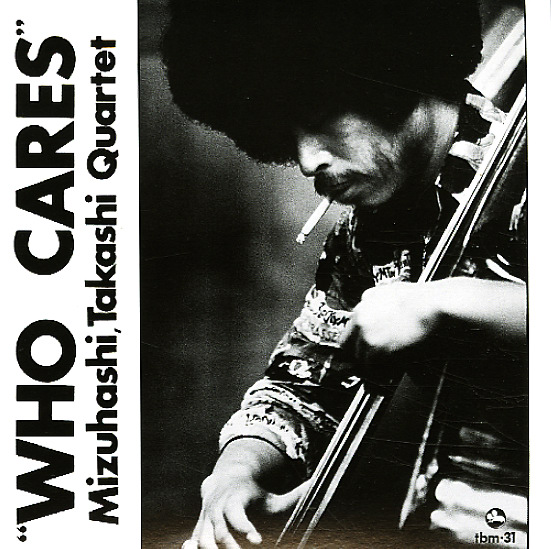 Who cares? We care! And it's hard not to – given the strength of this sweet little set from Japanese bassist Takashi Mizuhashi – a hell of a player who really knows how to keep things exciting throughout! The group's got some tremendous talent in the front – both Fumio Karashima on piano and Yoshio Otomo on alto and soprano sax – each players who get plenty of time in the spotlight, driven onto heights by Mizuhashi's bass – but sometimes in a very subtle way, too. Karashima plays Fender Rhodes a bit – which we really love for his spacious handling of the keys – and Takashi sometimes bows the bass in a way that makes for these really magical sound next to the Rhodes. The set's definitely on the more soulful side of the Japanese jazz spectrum from the 70s – and titles include "Blues For Andrew", "Who Cares", "Sometime Ago", "Deep In My Thought", and "In A Little Spring Waltz".  © 1996-2021, Dusty Groove, Inc.
(Part of the Three Blind Mice Supreme Collection!)