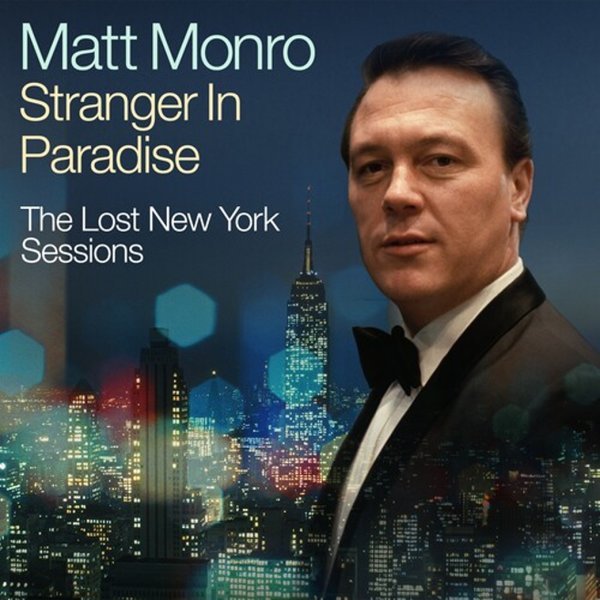 Wonderful work from British singer Matt Monro – early sessions for Capitol Records, done in the US – and maybe not entirely "lost", but very different here than in the way they were released! The backings here are small and jazzy – really showing Monro in an intimate mode that suits his vocals well – although producer Dave Cavanaugh at Capitol then later added bigger arrangements and strings, and sent this one off to market as the album Invitation To Broadway. Those original stripped-down session are presented here for the first time ever, along with a few unissued tracks, and later unreleased alternates too – and although many of the songs are from shows, they're a very well-chosen bunch, and move between tunes that have a slight bossa rhythm, and others that have a laidback jazz style with some nicely tinkling piano. Tracks include "Lover's Caravan", "Come Back To Me", "The Apple Tree", "If She Walked Into My Life", "I'll Only Miss Her When I Think Of Her", "Looking For Small Pleasures", "The Lady Smiles", "Walking Happy", and "The Impossible Dream". CD 2 is a great bonus – 27 more tracks from Matt's years at Capitol – titles that include "Don't Answer Me", "Honey On The Vine", "We're Gonna Change The World", "And You Smiled", "If I Never Sing Another Song", "Walk Away", "My Kind Of Girl", "Gonna Build A Mountain", "Softly As I Leave You", "From Russia With Love", "The Music Played", and "On Days Like These. 47 tracks in all!  © 1996-2022, Dusty Groove, Inc.