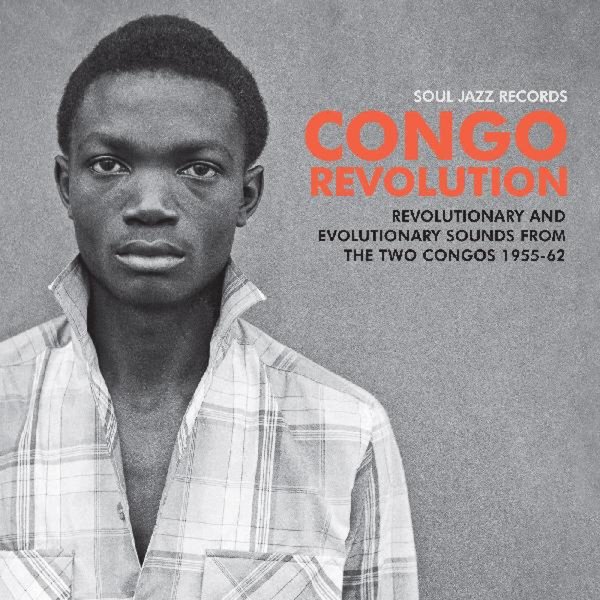 A really tremendous collection of music – and one that really gets at the heart of the criss-crossing of Latin and African modes that took place on the Congolese scene of the 50s and 60s! Sounds and styles from Cuba and the Caribbean definitely influenced other African scenes, but they took an especially strong form in the Democratic Republic Of The Congo, and the Republic Of The Congo – where the percussion and rhythms wove in with West African styles of guitar, and also added some jazzy flourishes too – maybe a slight influence from the South African scene nearby. Whatever the logistics, though, the sound is great – still very fresh after all these years, and beautifully documented by Soul Jazz – at a level that really lives up to their great legacy of introducing ears to music in just the right way! This large package is an expanded version of their earlier 7" box set release for Record Store Day, with a lot more tracks – and titles include "Ngong Ebeti Independence" by African Jazz, "Marie Louise" by Wendo Kolosy, "Cherie Nini" by Rock A Mambo, "Grupo OK Jazz" by Grupo OK Jazz, "Yo Me Moera" by Begun Band, "Vive Patrice Lumumba" by African Jazz, "Luiza" by Essous Et Orchestre Bantou, "Allegria" by Nino & Rock-A-Mambo, "Tcha Tcha Tcha De Mi Amor" by Brazzos Et OK Jazz, "Sois Sage Amour" by Edo & OK Jazz, "Na Lingi Na Ngai Kubala Te" by Dewayon & Conga Jazz, and "Cha Cha Cha Del Zombo" by Brazzos Et OK Jazz.  © 1996-2021, Dusty Groove, Inc.
(Includes download!)