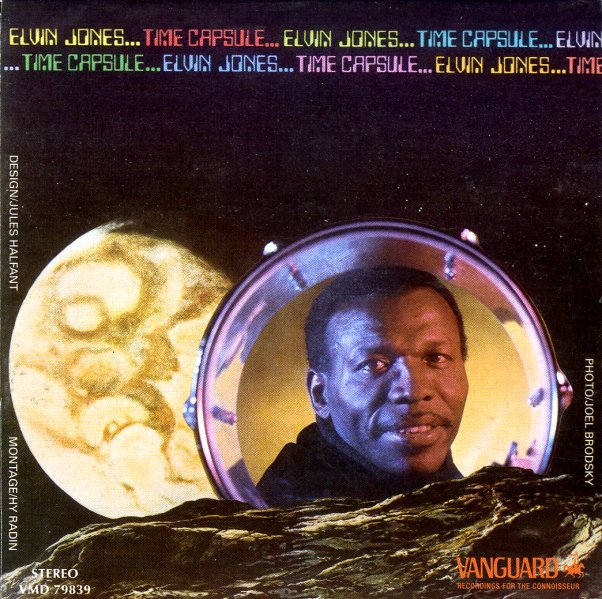 A real standout in the 70s catalog of Elvin Jones – for a number of key reasons! First up, the set's got more of an electric vibe than usual – thanks to Fender Rhodes from Kenny Barron and guitar from Ryo Kawasaki, who really help shape the sound of the set! Second, production is by Ed Bland – who does a masterful job of blending soul, spirit, and harder-edged jazz modes – on tunes that often have a nice modal vibe at the core! The group also features excellent alto work from Bunky Green – who really sparkles strongly throughout, and who also wrote more than half the material on the album. Guests include Frank Wess on flute, Frank Foster on soprano, and George Coleman on tenor – and titles include "Frost Bite", "Digital Display", "Moon Dance", "Time Capsule", and "Spacing".  © 1996-2021, Dusty Groove, Inc.

Youngblood
Enja/Ultra Vybe (Japan), 1992. New Copy
CD...$13.99
Plenty of young blood here – a trio of powerful horn players who really make the set stand out nicely! Elvin Jones proves once again that his ear for a horn is almost as great as his work on the drums – and having chosen the trumpet of Nicholas Payton, and tenors of Javon Jackson and ... CD

Live At The Village Vanguard
Enja/Ultra Vybe (Japan), 1968. New Copy
CD...$13.99
Prime post-Coltrane material from Elvin Jones – featuring his "power trio" style of operation, with one great sax player out front, and Jones kicking it in the back with the bass player! In this case, the sax player is George Coleman – who's really finding a voice of his own ... CD