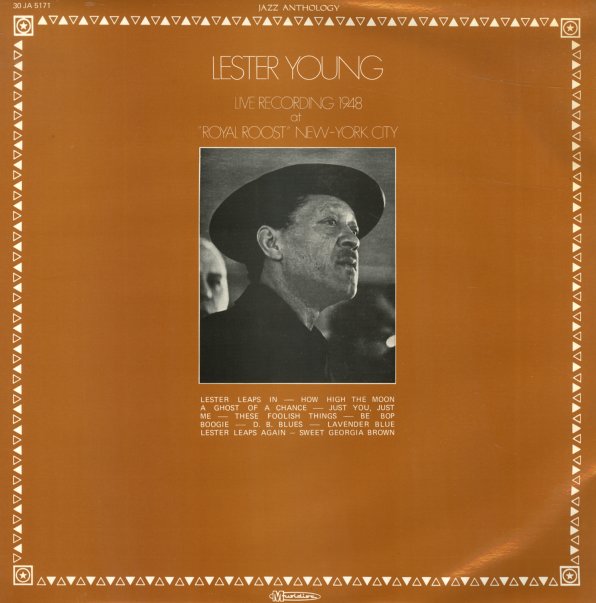 (Cover has an unglued bottom seam, half unglued top seam and a name in pen on the front and back.)

Great Lester Young – Vol 2
Aladdin/Imperial, Late 40s. Near Mint-
LP...$9.99
Great early work from Lester Young – an Imperial Records collection of early material from the 78rpm days of Aladdin Records! The work is a great bridge between swing and pop – and Lester Young's tone is superb throughout – on titles that include "One O'Clock Jump", ... LP, Vinyl record album