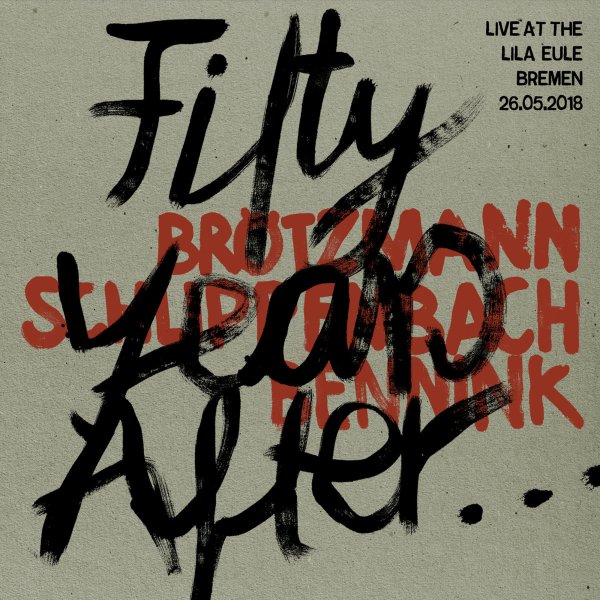 A legendary trio, very firmly back in action – and making us feel like it's the late 60s European free jazz scene all over again! The energy of the players here is tremendous – and while we've enjoyed the renewed strengths of saxophonist Peter Brotzmann in recent years, we're equally impressed with the fire of Alexander Von Schlippenbach on piano and Han Bennink on drums – both musicians who can give us so many different sounds and styles, but who really remind us here that they're some of the key folks who helped put the "free" in free jazz! Brotzmann blows tenor, b flat clarinet, and tarogato – and titles include the very long "Fifty Years After" and "Frictional Sounds" – plus "Short Dog Of Sweet Lucy", "Bad Borrachos", and "Street Jive".  © 1996-2021, Dusty Groove, Inc.