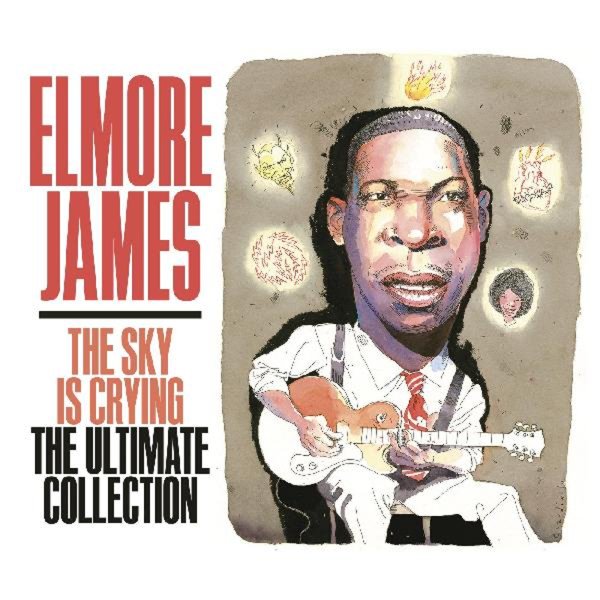 A massive collection of late work from Elmore James – a 3CD set that brings together all of his famous material for Bobby Robinson's Fire Records, plus rare alternate takes, and some unusual bonus material as well! James passed away right after this work was recorded, but he's really on fire here – playing with a guitar style that's raw, raspy, and maybe even more breathtaking than some of his other early 60s electric contemporaries – still singing with his voice in the lead on most numbers, but maybe almost letting his instrument sing even more strongly too! The production is great – lots of sock-soul arrangements that really pack a punch – and which really make us wonder what Elmore might have done, had he lasted through the 60s. 3CD set features 54 tracks in all – with titles that include "One Way Out", "Person To Person", "Look On Yonder Wall", "Up Jumped Elmore", "Pickin The Blues", "Rollin & Tumblin", "The Sky Is Crying", "Bleeding Heart", "It Hurts Me Too", "You Know You're Wrong", "Sunnyland", "Mean Mistreatin Mama", "Done Somebody Wrong", "Bobby's Rock", "Dust My Broom", "She's Got To Go", "Standing At The Crossroads", "I Gotta Go Now", and "Stranger Blues".  © 1996-2021, Dusty Groove, Inc.

That's All Right (plus bonus tracks)
Black & Blue/Ultra Vybe (Japan), 1973. New Copy
CD...$22.99
The great Jimmy Rogers was a key figure on the Chicago blues scene in the 60s – yet apart from a few recordings for Chess, it always seemed that some of his best recordings were done overseas – as is the case with this great French session from the early 70s! Despite the overseas ... CD

His California Album
ABC/BGO (UK), 1973. New Copy
CD...$8.99 (CD...$6.99)
A nice little record from Bobby Blue Bland – quite different from his 60s sides for Duke/Peacock, and recorded in California (as you might guess from the title!) with a smoother more soulful approach that comes off surprisingly well! The style works well for Bobby – and kind of gave ... CD