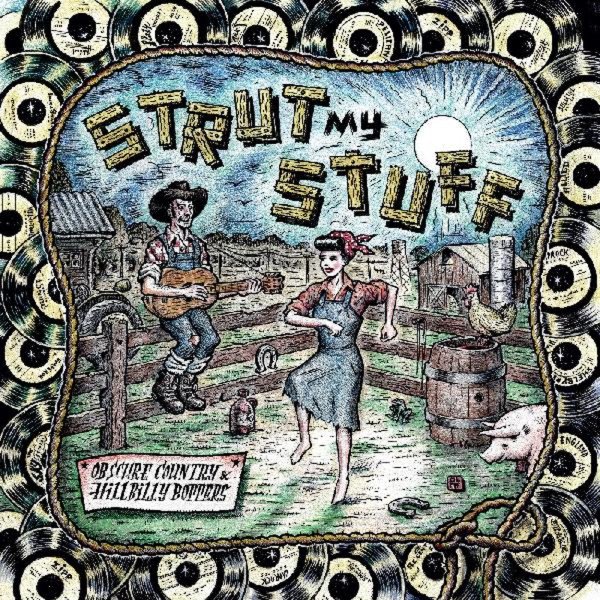 Fantastic sounds from deep deep in the country music underground of the postwar years – not the hits of the big artists helping to define the sound in the era of full length LPs – but the lesser-known singers who were lucky enough to be able to record a single 45! Yet although these artists are obscure, they're all pretty darn great – and are from a time when the music was really just still coming together – finding a very strong voice in a growing field of interest, but with a vibe that's very different than the more old-time sounds of just a few years before! "Hillbilly" is probably the operative world here – as the singles lean heavily on modes that were more popular before the bigger productions and presentations that ushered in mainstream country changes in the 60s – which means that there's plenty of twang on the guitar, lots of tight small combo instrumentation, and production styles that are more than raw enough for the mood of the tunes. We're huge fans of work from this period, but the collection was still filled with music we've never heard before – artists who don't even show up in the Bear Family or Hillbillies In Hell side of the spectrum – 32 rare gems from Ray Anderson, Tex Cherry, Leon Tassin, Cliff Shepherd, Bill White, Weldon Rogers, Slim Redman, Bobby Rutledge, Freddie Frank, Riley Crabtree, Penny West, Aubrey Bradford, Lou Millet, and many more.  © 1996-2021, Dusty Groove, Inc.