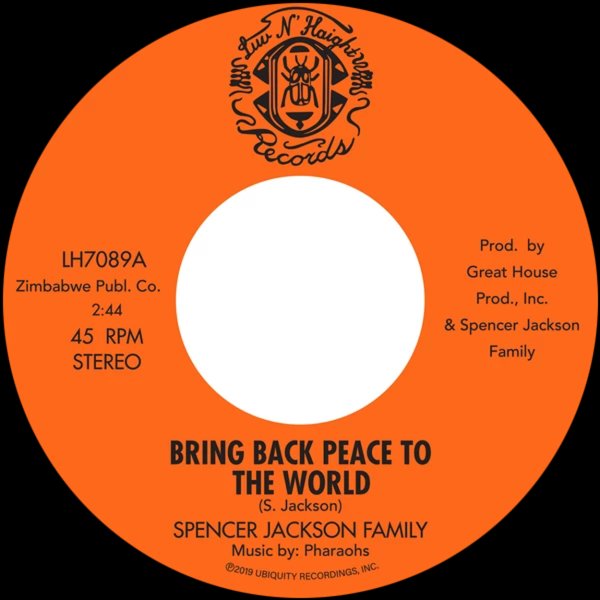 A righteous funky classic from Chicago – a rare single that unites two fantastic underground talents from the city at the start of the 70s – the mighty Spencer Jackson Family on vocals, and the totally great Pharaohs on backup! The single was issued on Scarab, the label responsible for The Pharaoh's own classic records – and the group are very much in the same spirit as on those gems – serving up a soaring mix of funk, soul, and freer jazz – while the Jackson Family really do their thing with the vocals!  © 1996-2021, Dusty Groove, Inc.