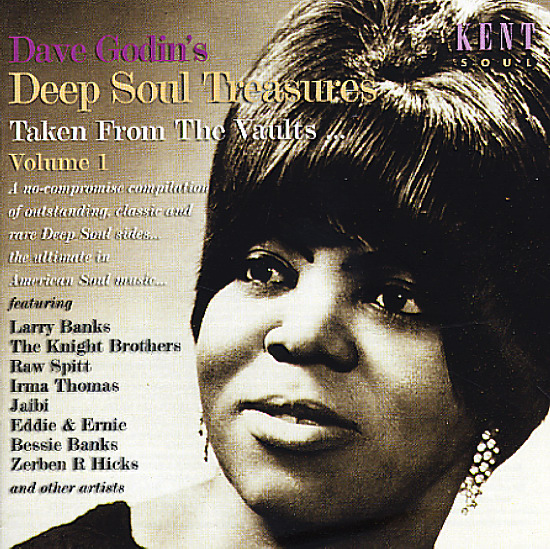 Dave Godin's Deep Soul Treasures Vol 2 – Taken From The Vaults
Kent/Ace (UK), Late 60s. New Copy
CD...$9.99 18.99 (CD...$8.99)
Deep soul is special soul – a certain breed of soul music that features extremely emotive vocal performances, and the kind of gut-level delivery of lyrics you'd find in the best work by legends like Otis Redding or James Carr! Yet despite the fame of those big names, the style is maybe best ... CD