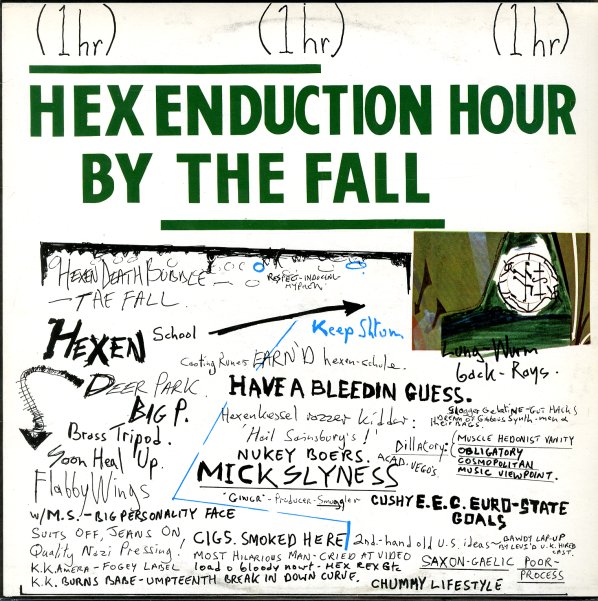 One of our key go-to albums by The Fall – a set in which all their early promise really came into focus – with even more wit and power than before! The jagged lyricism of Mark E Smith is razor-sharp – as is the instrumentation, which is heavy on that trademark noisy guitar from Craig Scanlon, weird keyboards from Marc Riley, and the driving power of the double drummers in the group! The music is every bit as textually explosive as the words on the cover – and titles include "Who Makes The Nazis", "And This Day", "Jawbone & The Air Rifle", "The Classical", "Mere Psued Mag Ed", "Fortress/Deer Park", and the classic "Hip Priest". 3LP version also features rare material – from a 1981 John Peel Session, and live tracks recorded in Manchester and New Zealand! Also features a bonus 7" single with "Look Know".  © 1996-2020, Dusty Groove, Inc.
(Green & white triple vinyl set with bonus 7 inch!)