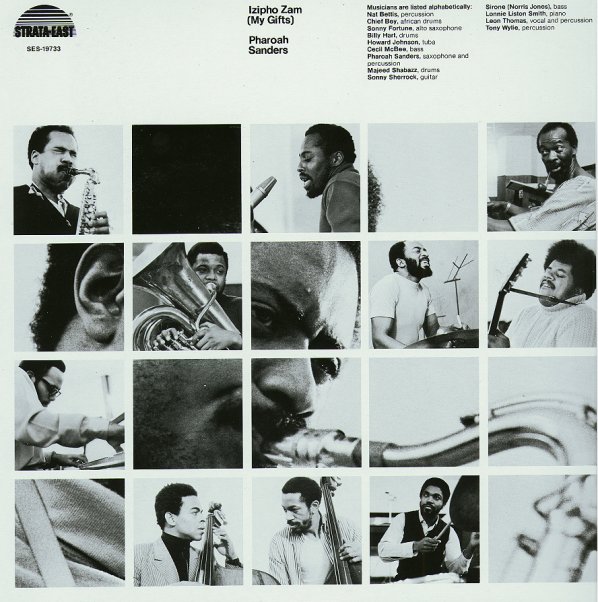 A rare non-Impulse Records album from the early days of Pharoah Sanders – but a set that ranks right up there with his classics for that legendary label! The album's one of the classics in Strata East's Dolphy Series – and it's a uniquely collaborative session from 1969, one that has Sanders working with a largeish group that includes Sonny Fortune on alto sax, Sonny Sharrock on guitar, Lonnie Liston Smith on piano, Leon Thomas on vocals, and Cecil McBee on bass – all coming together with a freely exploratory sort of energy, one that's a bit like some of Archie Shepp's most righteous sides from the same time. Sanders' tenor still dominates most numbers, but not as much as on some of the Impulse sides – and there's a nicely relaxed and personal feel to the whole album. The album features 3 long tracks – "Prince Of Peace", which has Leon Thomas doing his "Creator Has A Master Plan" thing, and the cuts "Balance" and "Izipho Zam", the latter of which jams for a full 28 minutes!  © 1996-2022, Dusty Groove, Inc.
(Limited edition 180 gram pressing!)