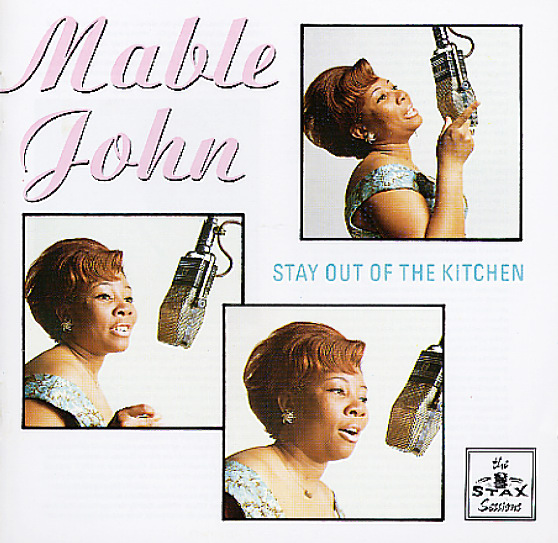 Stay Out Of The Kitchen

Amazing under-discovered soul – a huge collection of late 60s recordings by Mable John – probably best known for her work with the Raelettes, or her earlier sides at Motown – but heard here in a pivotal time between those two chapters in her career! A few of the tracks on the set were issued as singles by Stax, but most of the material sat unissued for years – practically one of the greatest crimes in soul in the 60s, because there's a depth here that's tremendous – and a quality level that could have made Mable a huge star at the time. The sound here is pure 60s Stax all the way – extremely deep, and done with a lean, mean punch that's totally great – a perfect meeting of a massive vocal talent and a well-oiled studio system that could take a good singer and make her sound great! The set's a great introduction to Mable's genius – one that features notes on her career and a total of 26 rare tracks that include "Have Your Cake", "Sweet Devil", "Able Mable", "Stay Out of the Kitchen", "Drop On In", and "I'm Catching".  © 1996-2022, Dusty Groove, Inc.

Can't Get Away From This Dog
Stax, 1960s. New Copy
CD...$5.99 11.98
Can't get away from this dog – and who'd want to anyway, with music this funky! The set features a load of rare Rufus Thomas material done during his early years at Stax – that pre-funk period when Thomas was only recording a bit for the label, but really coming up with some amazing ... CD