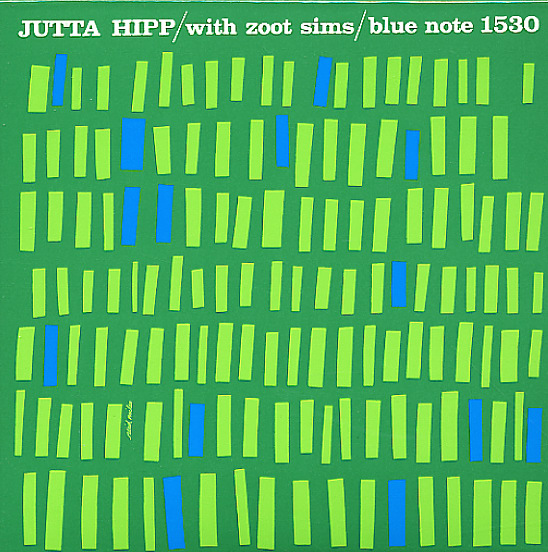 A wonderful pairing of this German pianist and American tenor star Zoot Sims – and an album that may well be the greatest that Jutta Hipp ever cut! Hipp was one of the rising stars of the German postwar jazz scene in the 50s – and although she issued other American albums in the decade for Blue Note and Decca, this side's probably the best-remembered of the bunch – thanks to the presence of Zoot, and support from a great rhythm section that includes Ahmed Abdul-Malik on bass and Ed Thigpen on drums – both of whom match the modern tones of Jutta's piano, but also give a solidly soulful Blue Note feel to the set. The group's completed by trumpeter Jerry Lloyd, who helps bring a nice sparkle to the frontline – and titles include "Just Blues", "Wee Dot", "Almost Like Being In Love", and "Down Home".  © 1996-2022, Dusty Groove, Inc.