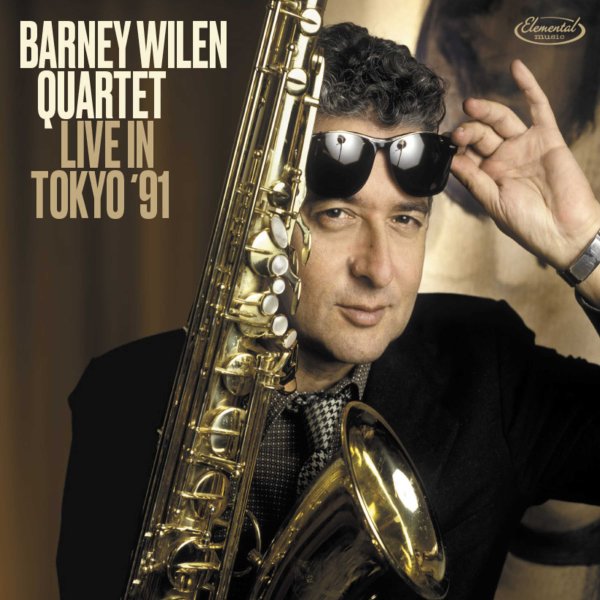 Marvelous late work from tenorist Barney Wilen – the French reedman who first rose to fame in the late 50s, with crucial recordings with Miles Davis and Art Blakey – then really faded from view for most of the next few decades, before making a fantastic late life comeback, with a sound that was even better than before! We love all of the later Barney Wilen records a great deal, but we especially love his work in a live setting – as over the years, Wilen developed this tremendous ability to really stretch out on a solo, and still remain creative – hitting a level that matches the talents of tenor giants like Dexter Gordon or Johnny Griffin, save for the fact that Barney could also play soprano sax, which he does here, in addition to some of the tenor tunes. The group's a tight quartet – with superb work from pianist Olivier Hutman, who also plays some electric piano in addition to acoustic, plus Gilles Naturel on bass and Peter Gritz on drums. All material is issued here for the first time ever – and titles include "Beautiful Love", "L'Ame Des Poetes", "Little Lu", "Mon Blouson", "Besame Mucho", "Goodbye", "No Problem", "Latin Alley", "Bass Blues", "Doxy", "Old Folks", and "How Deep Is The Ocean".  © 1996-2020, Dusty Groove, Inc.

Home Is Where The Soul Is (with bonus track)
Xanadu/Elemental, 1979. New Copy
CD...$9.99 15.99 (CD...$7.99)
Kenny Drew's looking a bit hipper than usual on the cover – and he's sounding a bit hipper, too – really stretching out in a way that's different from some of his other albums of the 70s! The set's an overlooked gem from Drew – recorded in the easygoing manner of the Xanadu label' ... CD