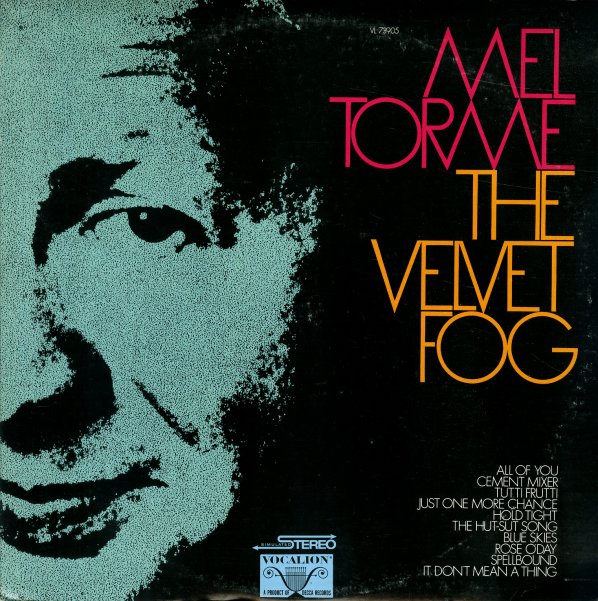 A 60s collection of earlier Decca material from Mel Torme – early in his career as a solo act, with backings by Neal Hefti, Sonny Burke, and George Cates!  © 1996-2022, Dusty Groove, Inc.
(70s stereo pressing, still sealed, but shrinkwrap has a large opening on the top half.)

It's A Blue World (80s pressing)
Bethlehem/Affinity (UK), 1955. Near Mint-
LP...$5.99 7.99
One of the most beautiful albums ever from the great Mel Torme – and a set that's a bit different than his other work for the Bethlehem label too! The set features Mel singing to lush backings from arranger Al Pellegrini – who brings in a mode that definitely lives up to the blue tones ... LP, Vinyl record album

Time For Us
Capitol, Late 60s. Very Good+
LP...$0.99 6.99
Very groovy! This is an excellent album of swinging tunes that Mel cut for Capitol – very much in the Now Sound vein of his Right Now album for Columbia, and like that one, a mix of late 60s pop tunes and more obscure numbers, all done in a punchy "in the lounge with" mode. Titles ... LP, Vinyl record album

Spoonful Of Blues
United, Late 50s. Sealed
LP...$7.99
Classic jazzy blues from one of the best in the business – and an album that doesn't show up as often as it used to. Titles include "Good Jumpin", "Fickle Woman", "No Rollin Blues", "Big Fine Girl", and "Failing By Degrees". LP, Vinyl record album