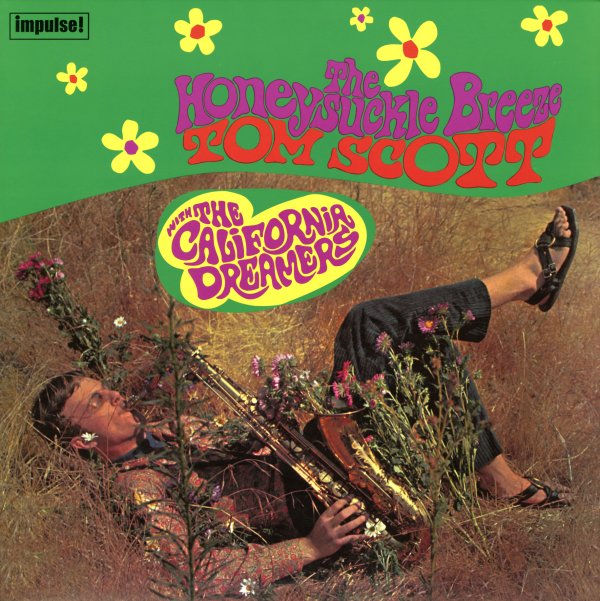 A beautifully groovy album from the early days of one of our favorite reed players! Tom Scott's tenor, alto and soprano saxes, plus some flute, are set amidst a very groovy group that includes percussion, guitar, keyboards, sitar, and even some occasional vocalizing – for a sound that's got a solid jazz base, but lots of groovy Now Sound flourishes! Scott's searing solos rip through the whole thing with a nice cool sound – an uncommonly sunny, beautifully grooving psych era Impulse set that's as sweet as can be! Scott's California Dreamers and other personnel include sitar player Bill Plummer, bass player Carol Kaye, percussionist Emil Richards, guitarist Glen Campbell and others – and the album's filled with great cuts like "Honeysuckle Breeze", "Naima", "Today", "North", "Blues For Hari", and "Deliver Me". Nice!  © 1996-2020, Dusty Groove, Inc.
(Out of print.)

Impulse Story
Impulse, 1965/1966. Used
CD...$7.99
Some of the most compelling work that Sonny Rollins recorded in the 60s – served up here in a helping of his 3 albums for Impulse Records! Rollins only stopped at the label briefly – and didn't contribute as much to the Impulse catalog as other 60s tenor heavyweights like John Coltrane ... CD

Here I Stand
Impulse, 1997. Used
CD...$2.99
A quartet date with Antonio Hart on alto and soprano sax, John Benitez on bass, James Hurt on piano and organ, and Nasheet Waits on drums. CD

Two Blocks From The Edge
Impulse, 1998. Used
CD...$4.99
With Joey Calderazzo on piano, James Genus on bass, and Jeff Tain Wats on drums – plus Don Alias on percussion. CD