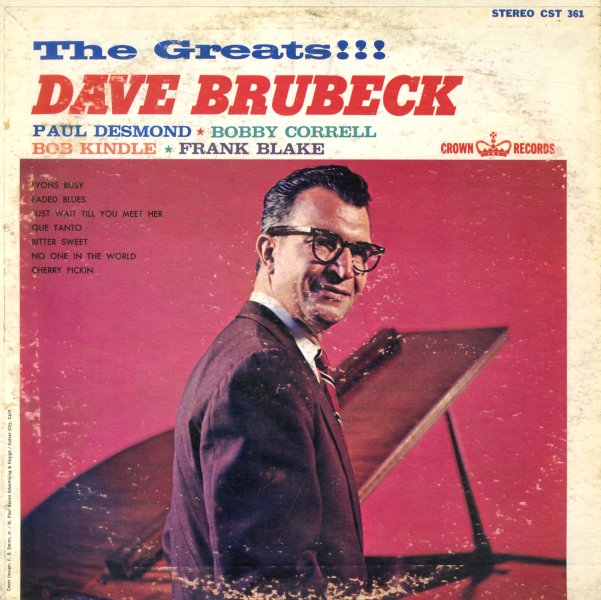 One of those off brand-looking albums on the Crown label – but like the rest, always better than you'd expect from the cover! Paul Desmond's included – and titles include "Que Tanto", "Cherry Pickin", "Lyons Busy", and "Faded Blues".  © 1996-2021, Dusty Groove, Inc.
(Yellow label United pressing in a green border cover.)