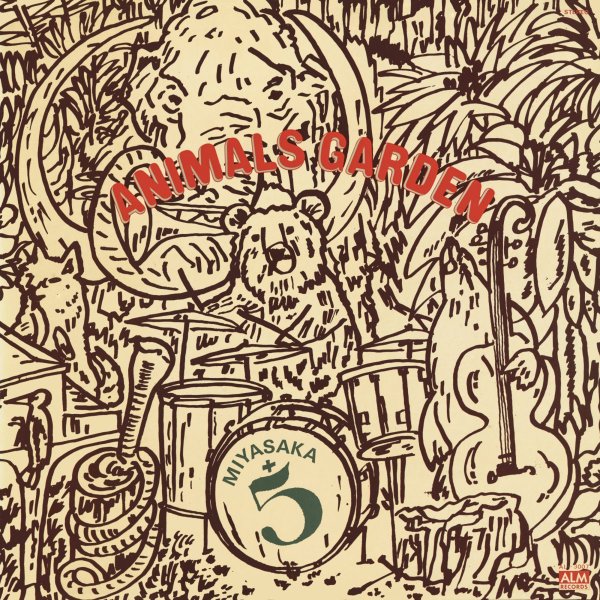 Also available
Takahashi Miyasaka — Animal's Garden ... CD 9.99
A masterpiece of spiritual sounds from Japanese drummer Takahashi Miyasaka – one of those sublime 70s records that really carries the Coltrane legacy forward, and finds a whole new channel of inspiration in the universe! The group is led by Miyasaka, but features fantastic horn work from Koichi Matsukaze on alto and tenor, Genji Sawai on soprano and alto, and Hiroshi Itaya on trombone – the last of whom has a wonderfully distinct voice, with these crisp, concise notes that really make the record shine! Pianist Hiromachi Tsugaki is wonderful too – a player we don't know at all, but who ranks right up there with the best Japanese pianists of the decade – and bassist Kagehiro Ohba has a spacious stepping sound that really keeps things in line. All tracks are nice and long – and titles include "Dog's Dance", "Pecker's Blues", "Ballad For Mammoth", and "Animals Garden".  © 1996-2023, Dusty Groove, Inc.
(45 rpm double LP pressing.)