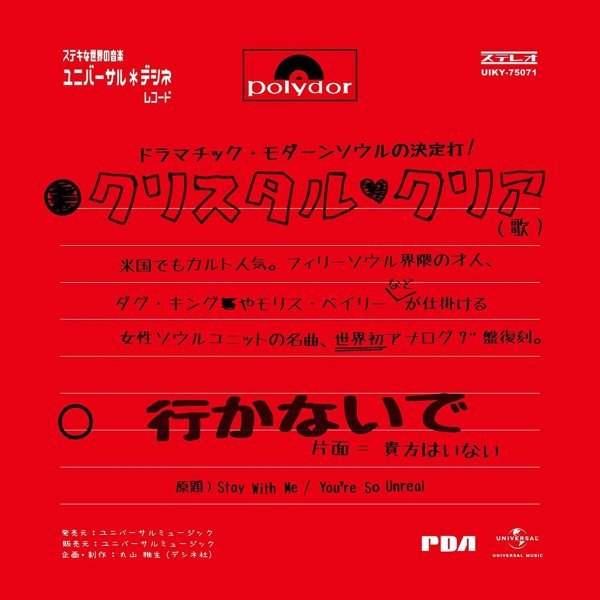 A fantastic bit of modern soul – a rare Polydor single from the start of the 80s – but one that we'd put next to some of our favorite mellow soul groovers from the decade before! "Stay With Me" has a vibe that's almost Roy Ayers – midtempo, and funky stepping – a nice edge in the groove, but not too much – with female vocals that cascade beautifully over the lyrics! "You're So Unclear" is even cooler – a slower number, but with a deeper groove – and both tracks have fantastic handling by arranger Morris Bailey!  © 1996-2021, Dusty Groove, Inc.