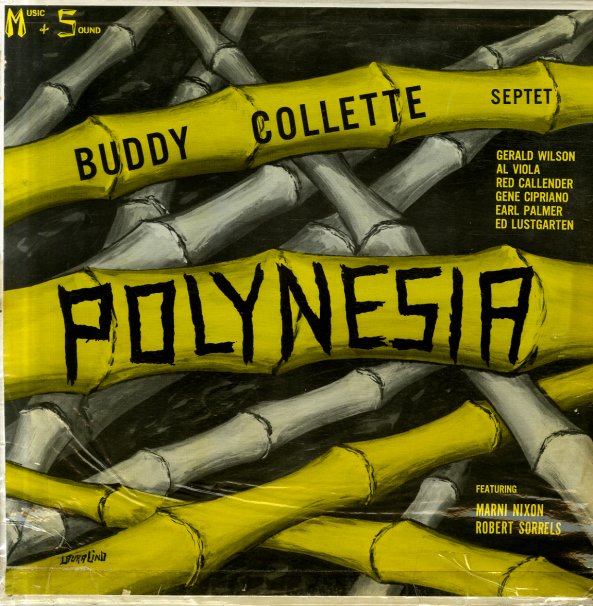 A unique, rare, and wonderful album from reedman Buddy Collette – very different than any of his better-known work of the 50s – and a complex little set that really shows off a whole new side of his talents! The album was issued by a tiny label away from the LA scene – and has Buddy blending jazz and exotica, but at a level that's way hipper than any of the more mainstream bachelor pad records of the period – maybe even pointing the way towards the very cool records that Buddy would cut overseas. The group is great – very hip – with Gerald Wilson on trumpet, Gene Cipriano on reeds, Justin DiTullo on cello, Red Callender on bass and tuba, Earl Palmer on drums, and either Al Viola or Billy Bean on guitar – very versatile jazz musicians who really follow Buddy's lead on the unusual tunes. Colette himself plays flute and a bit of clarinet – and the set also features some cool vocals from singer Marni Nixon. The "Polynesian Suite" features a bit of narration – and other tunes include "Flight", "Gaugin", "Singapore Sling", and "Japanese Suite".  © 1996-2020, Dusty Groove, Inc.