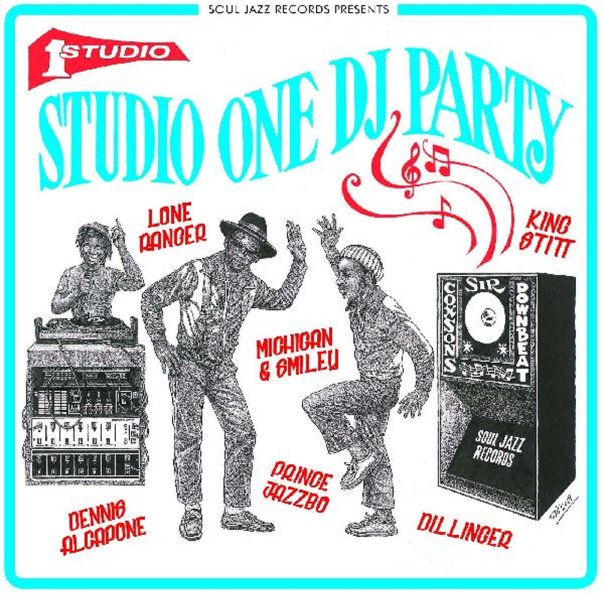 A really well-done collection of the many DJ talents who recorded for Studio One over the years – one that gets past the obvious hits to include a stunning array of really varied voices! As you might know, in Jamaican music, the term "DJ" refers not just to someone spinning records, but also to a vocalist rapping over a tune – a practice that began live, as DJs were talking along with their records on soundsystems – then moved into the studio, and onto records, thanks to the pioneering work of labels like Studio One! The label always had a great ear to the street, which keeps the quality level of these tracks really high, even as the 80s move in – and as always with Soul Jazz, the whole package is great – with very detailed notes that support the music even more strongly than the original records. Titles include "We A Don" by Screechie Dan, "Riddle I This" by Dennis Alcapone, "Universal Love" by Mad Roy, "Fountain On The Mountain" by Dillinger, "My Number" by Lone Ranger, "It A Fi Bun" by Kentrus, "DJ Special" by King Sporty, "Rhyming Time" by King Stitt, "Ragga Muffin" by Jim Brown, "Raindrops" by Prince Garthie, "Nanny Version Skank" by Big Joe, and "Automatic Clapping" by Jah Buzz.  © 1996-2021, Dusty Groove, Inc.