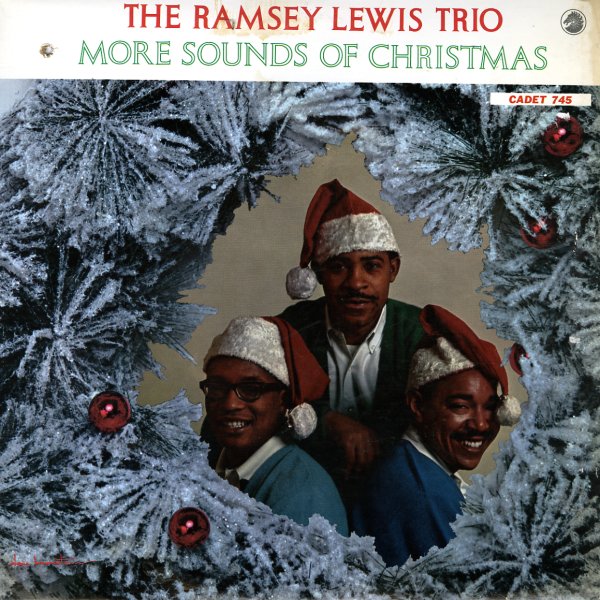 Ramsey Lewis had such great success with his first album of Christmas instrumentals for Chess Records, he soon hopped back in the studio for a second record – but one with a very distinct difference! This time around, the trio's a bit unusual – in that it features regular bassist Eldee Young, but also the great Steve McCall on drums – a percussionist who'd later really flourish in the 70s, and gain great fame for his work in the group Air! The presence of McCall is no surprise, though – Malachi Favors and Muhal Richard Abrams also make appearances on early 60s Chess jazz albums – but it does give the record a nicely special sort of sound, as does the added instrumentation on some tracks too. About half the set features the trio, and the rest features a bigger group that's arranged by King Fleming and Will Jackson – jazz trio with a bit of strings, including some nice harp, and a touch of trombone from John Avant. Titles include "We Three Kings", "Snowfall", "Plum Puddin", "Little Drummer Boy", "Snowbound", "Egg Nog", and "Jingle Bells".  © 1996-2021, Dusty Groove, Inc.

Merry Ole Soul (with bonus track)
Blue Note (Japan), 1969. New Copy
CD...$16.99 (LP...$23.99)
One of the strangest albums ever recorded for Blue Note – and one of the coolest, too! Duke Pearson recorded this set in 1969 – during the middle of his last productive period of activity, at a time when he was doing some tremendous genre-crossing jazz that really broke from his ... CD