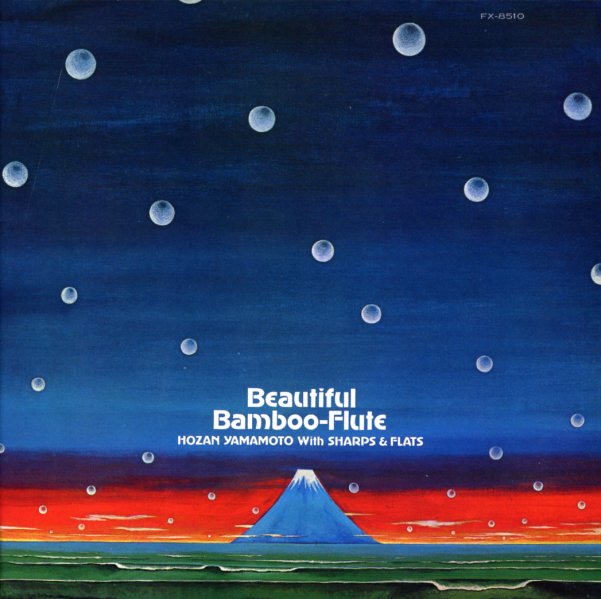 One of the coolest albums ever cut by Japanese wood flute player Hozan Yamamoto – a set that has him working with very groovy backings from the Sharps & Flats ensemble – who almost give the whole thing an MPS label blending of funky jazz and world music sounds! The approach is wonderful – a bit more upbeat and swinging than some of Yamamoto's other records, as Nobuo Hara leads the larger group with a totally cool sound – which makes the flute lines a sweet exotic touch over straightforward, soul-drenched, big band jazz! We might even link the sound to some of Dorothy Ashby's grooviest albums for Chess/Cadet – although with flute, instead of harp – and titles include "Komoro Mago-Uta", "Soma Bon-Uta", "Kokirio Bushi", "Sado Okesa", "Tairyo Utaikomi", and "Kuroda-Bushi".  © 1996-2021, Dusty Groove, Inc.