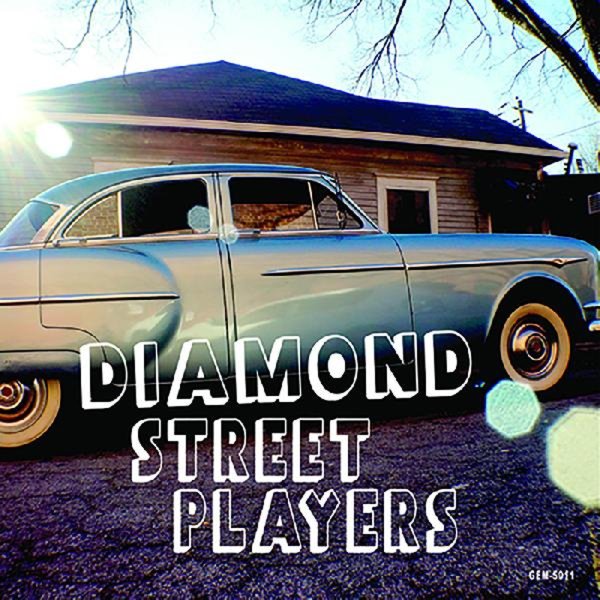 Raw funky soul from Diamond Street Players – heavy on vintage inspired, timelessly spun instrumentals, but nailing down some standout vocal jams with Orgone vocalist Adryon de Leon and Atlanta soul singer Amanda Joy – and ultimately delivering a solid gem for the Gemco label! The core group is a 5 piece with Ben Davis on sax and flute, Ian Newberry and Kevin Scott on guitars, Mark Raudabuagh on guitars and Spencer Garn on Hammond & Rhodes. Garn grooves strong enough to qualify as the group's secret weapon, but they're really a well oiled unit all around, nailing it on the intrumental tip and on soul-steeped backing vocals. Titles include "How Many Lies, How Many Times" with Adryon De Leon "Split The Difference", "Bada Dum Dum", "Healey '67", "Murky Retrograde", "Organ Workout", "Suzy's Boogaloo", "Million Miles" with Amanda Joy  © 1996-2021, Dusty Groove, Inc.