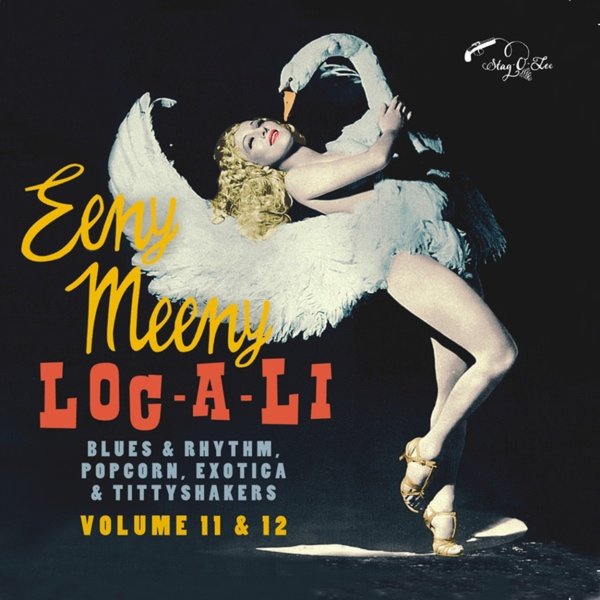 Wonderful sounds from that amazing time in American music – a period when it seemed that there were so many records being made, new sounds were always finding a way to get onto vinyl! This collection represents an excellent criss-crossing of modes – exotic styles finding their way into soul, jazz, blues, R&B, and even a little bit of rock – thanks to plenty of weird instrumental modes used to great effect in the studio, and some nicely heavy percussion too! There's no set genre on the collection, but the music is all nicely unified in a fantasy of the exotic – which makes for some plenty playful tracks throughout. CD features the full tracks from the 10" vinyl releases Loc-A-Li and Eeny Meeny – and titles include "Jack Hammer" by Rusty Evans, "Eeny Meeny Minie Mo" by Little Luther, "Yabucoa" by Hector Rivera, "Princess Of Persia" by Billy Grammer, "Call Of The Jungle" by Carl Stevens, "I'm Hurted" by Mamie Perry, "Say There" by Wes Reynolds, "Shakin All Over" by Tommy Bruce, "Oh Lord Give Me Back My Baby" by Bobby Nichols, "Loc A Li" by Little Victor & His Jivin Five, "The Magic Ring" by Dante & Friends, "Don't Leave My Arms" by Terry Phillips, and "Ain't That Bad" by Pancho Villa & The Bandits.  © 1996-2020, Dusty Groove, Inc.