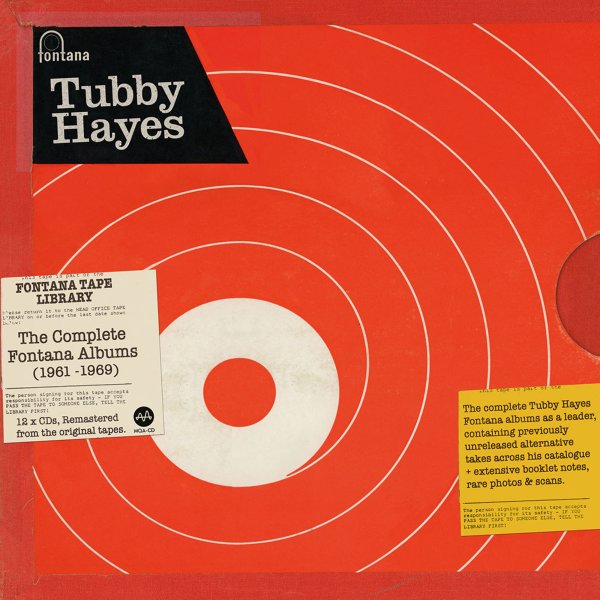 13CDs
Out Of Stock

An amazing collection of music – the legendary Fontana Records run of albums by tenor giant Tubby Hayes – a key player on the UK bop scene of the 50s, but one who took off in all these great new directions with these classic albums for the Fontana label in the following decade! The package features twelve full albums done by Tubby as a leader – all newly remastered by Gearbox, and packaged here with bonus material that was not on previous reissues – a number of alternate takes across the entire Fontana catalog! Each album comes in an LP-styled jacket with original cover art, save two, which are combined – and albums include Tubbs, Tubbs In New York, Palladium Jazz Date, Equation In Rhythm, Down In The Village, Late Spot At Scotts, Tubbs Tours, Return Visit, 100% Proof, Mexican Green, The Orchestra, and the 2CD version of the newly-discovered Grits, Beans, and Greens. There's a big booklet of notes, too, with rare photos and other images – and the whole package is wonderful throughout!  © 1996-2021, Dusty Groove, Inc.