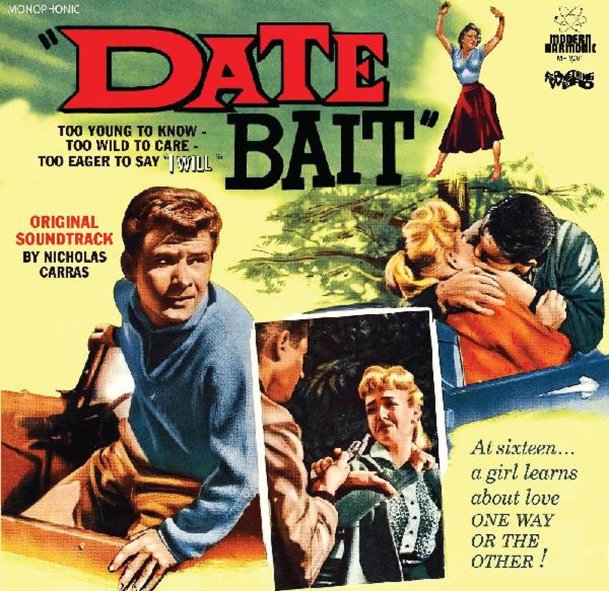 A great little soundtrack from trash maestro Nicholas Carras – not one of the bigger names in mainstream cinema scoring at the start of the 60s – but in a way that really lets him take off and get creative with a record like this! The album's got a leadoff rock tune, some jazzier charts – ala Elmer Bernstein – and a mix of dramatic orchestrations with moodier, mellower passages – almost currents of exotica at times, all put together to create more than enough drama away from the images on the screen! Titles include "Teen Bleus", "Vegas Express", "Jazz Chase", "Fight", "7D", "Lover's Reunion", "High Spot", "Bluesy Mysterio", and "Gang Stalks Rick".  © 1996-2021, Dusty Groove, Inc.
(Red vinyl pressing – with bonus DVD of the movie, and a zine too!)