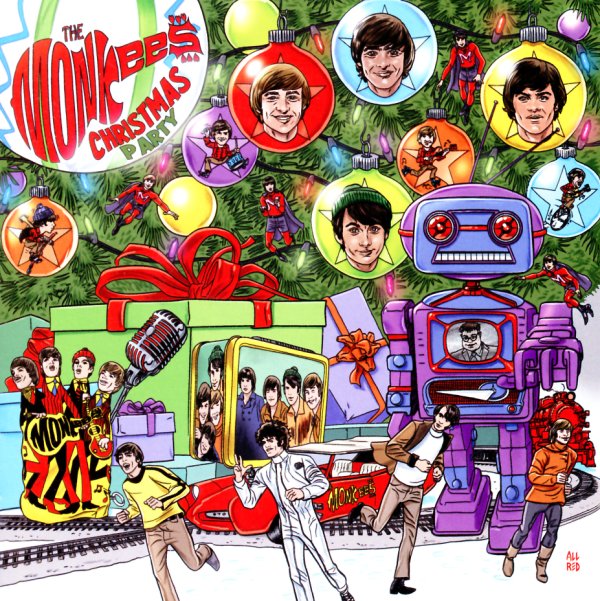 The first-ever Christmas album by The Monkees – recorded in 2018, many decades after their famous show went off the air! The images on the front show a youthful version of the group – but the vocals are all by the aged members of the second fab four – which even means that Mike Nesmith got back into the studio with Peter, Mickey, and Davy to sing some lines. All tracks feature an individual member of the group in the lead – and one of Peter Tork's tracks is a spare duet with James Lee Stanley on guitar. But most of the other numbers have a fuller feel, especially those with Andy Partridge of XTC, who really gets the 60s spirit right. Other guests include Peter Buck of REM and Rivers Cuomo of Weezer – and titles include "Snowfall", "Christmas Party", "Unwrap You At Christmas", "What Would Santa Do", "Mele Kalikimaka", "House Of Broken Gingerbread", "Merry Christmas Baby", and a great version of "Wonderful Christmastime". Nice cover by Mike Allred too!  © 1996-2021, Dusty Groove, Inc.
(Brick & mortar store exclusive – pressed on limited edition red or green vinyl!)