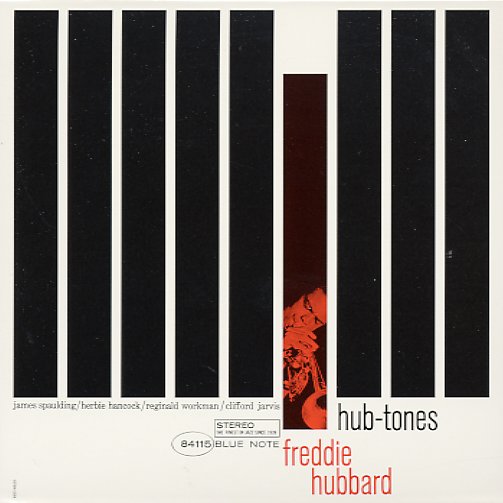 An album with a classic modernist cover image – and one that's also got the same sort of sound to match – brilliant early work from trumpeter Freddie Hubbard, who's really coming into his own as a leader with this date! Freddie's really finding a voice here – a sharper edge than on some of his later albums, at the beginning of a more modernist phase in the mid-60s – when his efforts would mark him as one of the more straight ahead players of the "new thing" scene. There's a careful balance in Hubbard's work here – spurred on by youthful energy of group mates Herbie Hancock on piano, James Spaulding on alto and flute, Reggie Workman on bass, and Clifford Jarvis on drums. Hubbard is really brimming over with new ideas – as are the other players – and titles include "Lament for Booker", "Prophet Jennings", "Hub Tones", "For Spee's Sake", and "You're My Everything".  © 1996-2021, Dusty Groove, Inc.