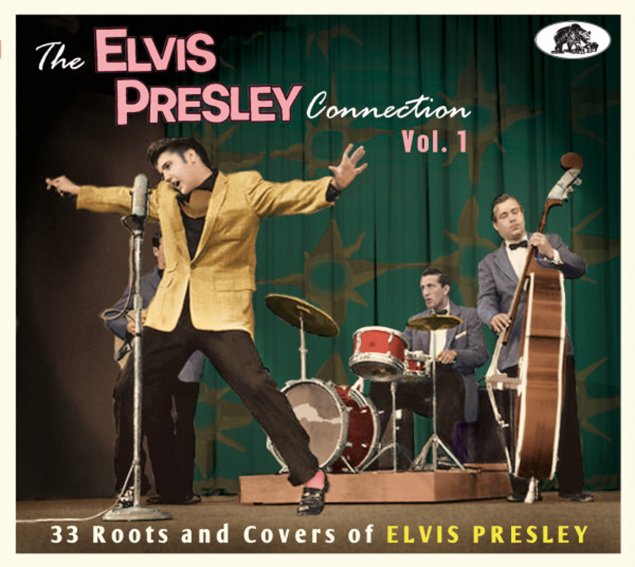 A great look at the Elvis Presley universe – not sounds by the King himself, but music that first inspired his creations – and other songs that have contemporary artists inspired by the records that Presley was releasing during the early years of his career! The collection is fantastic – a great sideline to the famous sounds of Elvis and Sun Records – and there's a really great range of material included throughout, all supported by very detailed notes that really show the thought and care that went into the selection of tracks. The whole thing is as vibrant and colorful as the image on the cover – and titles include "All Shook Up" by David Hill, "Just Because" by The Shelton Brothers, "Baby Let's Play House" by Vince Taylor, "King Creole" by Dick Penrose, "Hard Headed Woman" by Paul Rich, "Baby I Don't Care" by Rodney Scott, "I Beg Of You" by Jimmy Lane, "Hot Dog" by Young Jessie, "I Need Your Love Tonight" by Col Joye & The Joy Boys, "Love Me" by Billy Williams Quartet, "Paralyzed" by Mickie Most & His Playboys, and "Mystery Train" by Vernon Taylor.  © 1996-2021, Dusty Groove, Inc.