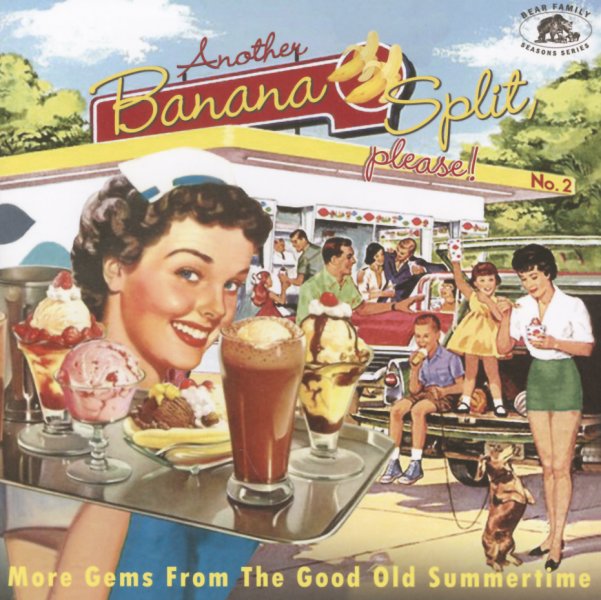 A great set of tracks to celebrate the summer – mostly music that predates the big wave of beach and surf rockers of the 60s, and which show that there was still plenty of joy about the warmer months of the year during previous scenes in the postwar years! As with the earlier volume, the music here is in a variety of different styles – early rock and pop, straight out vocals, bits of jazz, and even some exotica too – all laid out in a mighty long list of songs that provide the perfect soundtrack for a sunny summer afternoon! The whole thing's handled with the usual Bear Family strengths of presentation and quality sound – and titles include "Here Comes Summer" by Jerry Keller, "Summer Is Here" by The Pals, "Dark Dark Sunglasses" by The Kittens, "Bikini" by The Bikinis, "Sea Nymph" by Les Baxter, "Sealed With A Kiss" by The Four Voices, "This Is The Night" by Larry Tamblyn, "Keeping Cool With Lemonade" by Nick Noble, "Soda Pop Pop" by Vince Eager & The Vagabonds, "Surf Bunny" by Gene Cray & The Stingrays, "Everybody Outta The Pool" by The Lifeguards, and "She Takes Sun Baths" by Sammy Salvo. 33 tracks in all!  © 1996-2021, Dusty Groove, Inc.