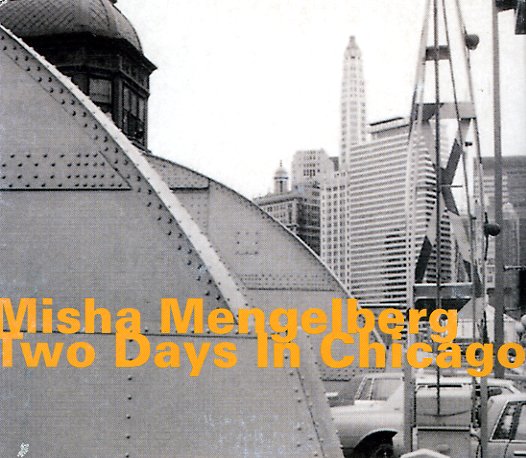 Pure beauty! In October of 1998, Misha Mengelberg made an historic visit to Chicago – a rare trip programmed to coincide with a showcase of Dutch jazz that featured him and the Ab Bars trio, playing at Fred Anderson's legendary Velvet Lounge. The trip was notable in that it also became the occasion for Mengelberg to record some fantastic material – part in the studio (with Kent Kessler, Hamid Drake, Fred Anderson, Fred Lonberg-Holm, and others), part during the live session which transpired on the second day of his trip. This excellent double CD set from Hat Art brings together the recordings, and is a great glimpse into the interplay between the ever-growing Chicago avant scene and the larger legacy of European free jazz! The studio work is pretty darn great, but the real treat is the live set – as Misha plays solo on a few lovely tracks – like "Chicago Solo" and "Round Midnight" – and in a beautiful duet with Ab Bars on tenor, on a haunting reading of "Body & Soul". The set really captures the range of Misha's rich talents – and the inclusion of some jazz standards like "Off Minor" and "Eronel" gives the CD a well-rounded feel.  © 1996-2021, Dusty Groove, Inc.