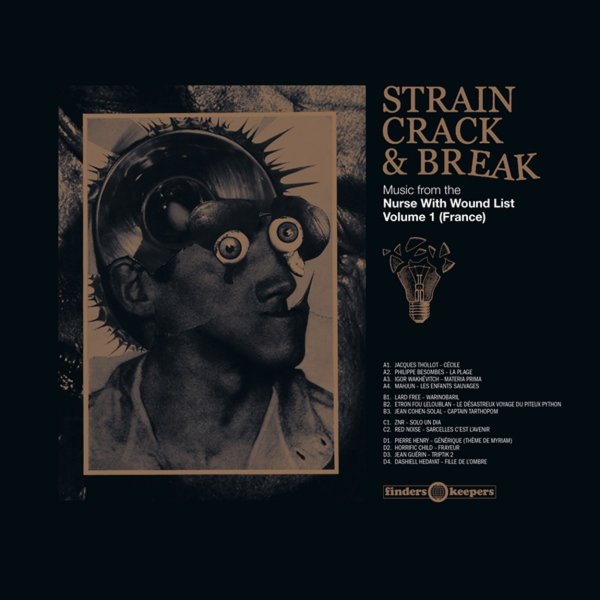 A fantastic assortment of forward-thinking sounds – music that comes from some of the farthest corners of the postwar experimental underground – and which was all famously cited by the group Nurse With Wound as a big influence on their earliest albums! That reference aside, though, the collection is more than mindblowing enough, even if you're not a devotee of NWW – because the package offers this amazing criss-crossing of styles and sources – work from territories that lie far beyond easy categorization or reference, with some especially unusual work from the oft-overlooked French scene of the 60s and 70s! You'll hear bits of noise, slices of improvisation, occasional electronics, and lots more – in modes that skew towards the instrumental, with selections that include "Cecile" by Jacques Thollot, "Warinobaril" by Lard Free, "Fille De L'Ombre" by Dashiell Hedayat, "Frayeur" by Horrific Child, "Triptik 2" by Jean Guerin, "Generique (Theme De Myriam)" by Pierre Henry, "Sarcelles C'Est L'Avenir" by Red Noise, "Solo Un Dia" by ZNR, "Captain Tarthopom" by Jean Cohen Solal, "Les Enfants Saugaves" by Mahjun, and "La Plage" by Philippe Besombes.  © 1996-2021, Dusty Groove, Inc.