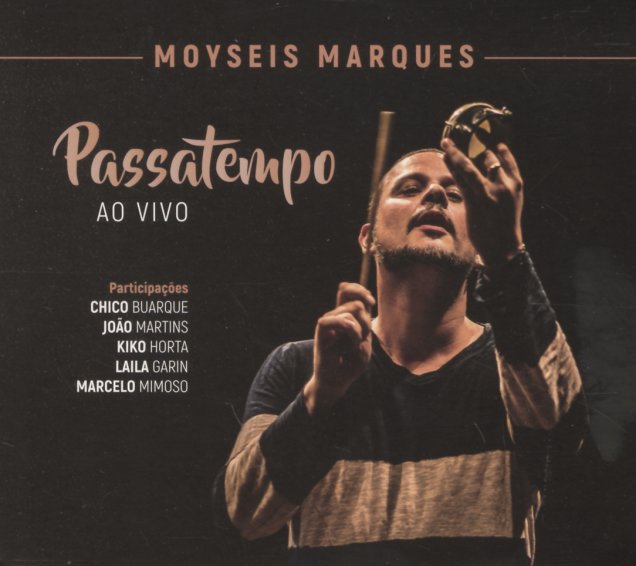 A beautiful set of live samba and choro performances from this up-and-coming Brazilian singer – an artist who's younger than most in his field, but who manages to make his music resonate with a strong sense of history, while also reveling in the energy of youth! The album's a well-recorded concert set, with a small combo backing up Moyseis Marques on vocals and guitar – and the whole thing has a very warm sort of flow – especially in collaborative moments from guests who include Chico Buarque, Laila Garin, Joao Martins, and Kiko Horta! Titles include "Ainda Gostas De Mim", "Passatempo", "Suburbio", "Deixa Estar", "Entre Os Girassois", "Profissional", "Amor De Sabia", "Madeixa", and "Poeta E Outro Lance".  © 1996-2021, Dusty Groove, Inc.