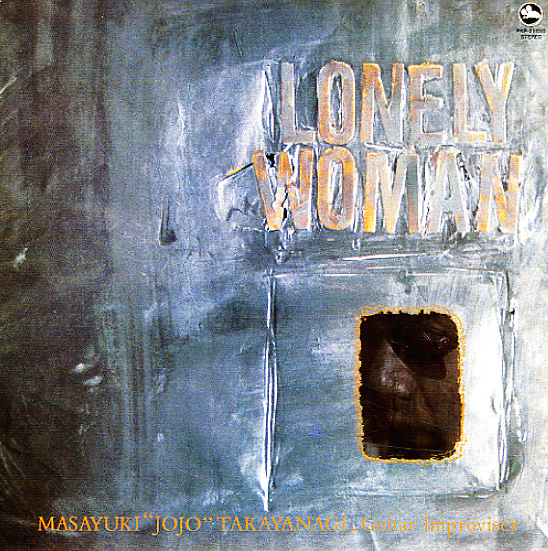 A pretty darn beautiful album of solo guitar tracks – recorded in 1982 by Japanese musician Masayuki Takayanagi, and featuring only electric guitar, played with a spare raspy edge – recorded in a rough style that's quite unusual for a Japanese jazz session of the time! However, it's this style of recording that really brings out the best of the album – as the complicated stylings of Takayanagi ring out with a much more honest sound than you'd expect on an album of this nature – reminding us more of earlier work by Lee Konitz collaborator Billy Bauer than most of the late 70s guitar heroes from Japan! The sound is beautiful throughout – and titles include a version of Charlie Haden's "Song For Che", a reading of Lennie Tristano's "Lennie's Pennies", and a great version of Ornette's "Lonely Woman".  © 1996-2022, Dusty Groove, Inc.
(Part of the Three Blind Mice Supreme Collection!)