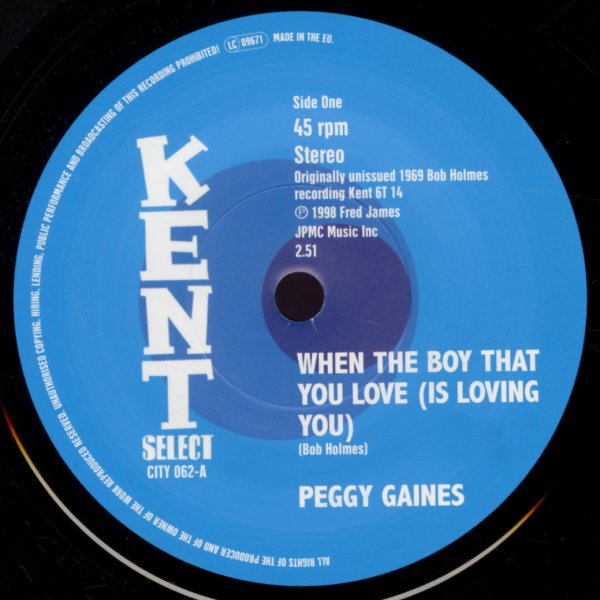 When The Boy That You Love/Everybody Knows

Two originally-unissued 60s soul tracks – back to back on a 45! "When The Boy That You Love" is a sweet stepper from Peggy Gaines – a track that has a nice slow swing in the groove, which sets up a bright sound that's perfect for Peggy's interpretation of the lyric – positive and upbeat, but with a nice current of sadness too! "Everybody Knows" is more of a slow burner, with some great vibes at the core – ringing out sparely next to the slower drums that set the pace for the tune. Peggy's vocals are great on both – and we're not sure why we haven't heard more from her over the years!  © 1996-2021, Dusty Groove, Inc.