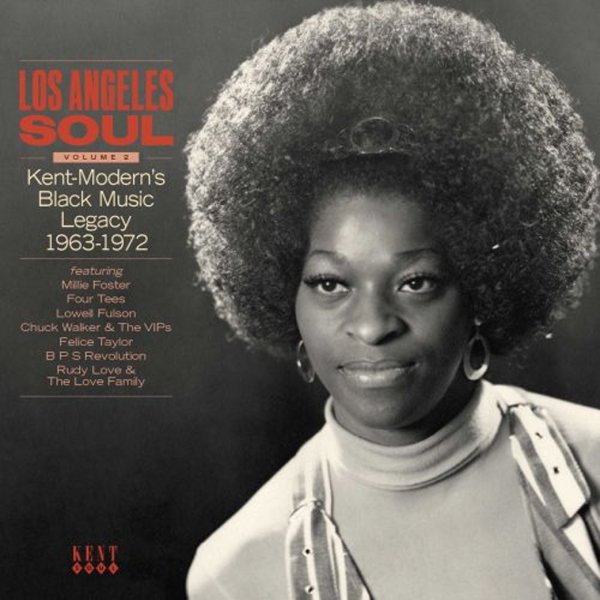 Really great work from the Kent/Modern family of labels on the LA scene of the 60s – a company that initially broke big during the postwar years of R&B, but continued to record a huge amount of wonderful artists as the years went on! Because of their ties to R&B in the previous decade, Kent also had a great ear for the deeper side of soul music – so there's plenty of tracks on this set that may well have come from Memphis, Muscle Shoals, or other points south – mixed in with others that have a cool Cali vibe, including a few great early funk tracks, and some crossover gospel gems! The collection is the sort that Ace does the best – and is filled with rare singles, unreleased tracks, and other gems – all supported by very detailed notes. Titles include "At Last" by Jimmy bee, "Where She Att" by ZZ Hill, "Like I Do" by Bobby John, "Don't Believe Him" by Stacy Johnson, "Mighty Clouds Of Joy" by BPS Revolution, "Nobody But Me" by The Other Brothers, "Ghetto Child" by Johnny Copeland & His Soul Agents, "What Is This World Coming To" by Charles Taylor, "Jodine" by Earl Foster, "It's Getting Late" by Al King, "Whole World Down On You" by Larry Davis, "The Good Side Of My Girl" by Clay Hammond, "I'll Be Standing By" by Chuck Walker & The VIPs, "You're Still My Baby" by Venetta Fields, and "Rock Me Baby" by Millie Foster.  © 1996-2022, Dusty Groove, Inc.