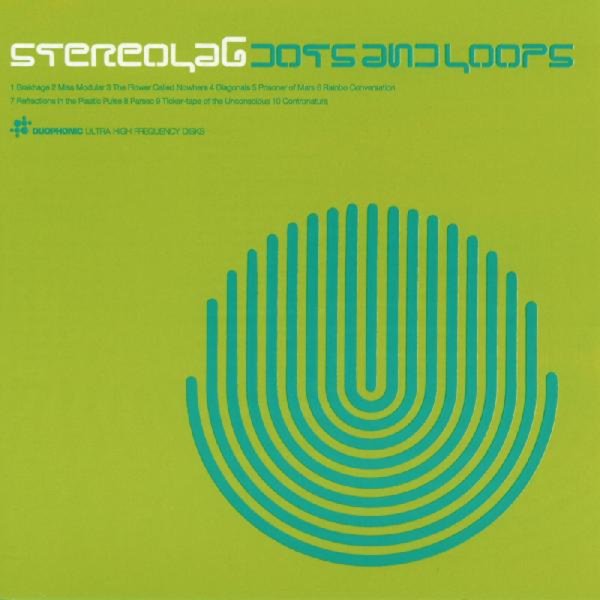 Stereolab at a creative peak! Dots & Loops continues their long running 90s win streak – here balancing their ever present love for bubbling analog synth and breezy vintage electronics with a more strongly assured knack for delivering brilliant beginning-to-end excellent albums. The band is as great as ever, featuring tracks recorded right here in Chicago with John McEntire, and with some guest work by Sean O'Hagan of the High Llamas, plus Jan St Werner and Andi Toma of Mouse On Mars. It's got a beautiful subdued quality to it, but it's also so expertly layered that you'll always here something new, as long as you keep coming back to it. Titles include "Brakhage", "Rainbo Conversation", "Refractions In The Plastic Pulse", "Diagonals", and "Prisoners Of Mars". 2019 remastered version comes with a bonus LP featuring demos and alternate versions.  © 1996-2021, Dusty Groove, Inc.