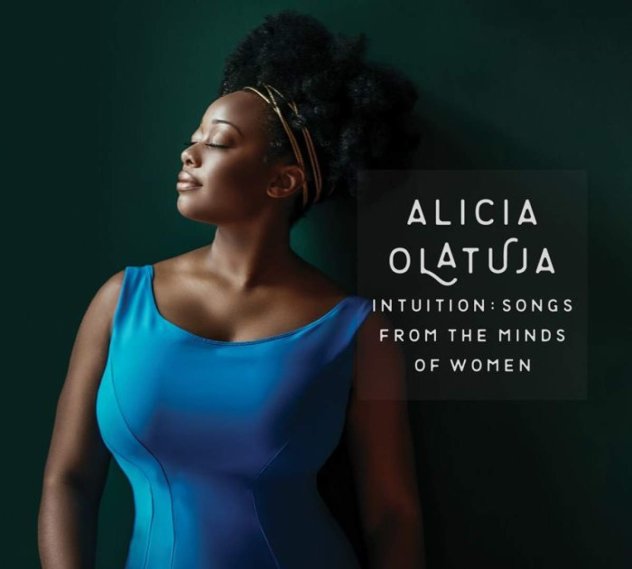 Intuition – Songs From The Minds Of Women

Alicia Olatuja takes on the music of some strong female inspirations – Sade, Brenda Russell, Joni Mitchell, and others – but serves them up in a jazzy style that's very much her own! The album's in a great space between conventional jazz and contemporary soul – and Alicia gets help from Billy Childs on piano and arrangements, plus David Rosenthal on guitar, Ulysses Owens Jr on drums, and Dayna Stephens on tenor – all players whose presence we take as more strong endorsement of the set! Titles include one of the best versions of "People Make The World Go Round" since Dee Dee Bridgewater recorded her jazz take in the 70s – plus "Just Wait", "Child Of The Moon", "Oriana", "Transform", "Hide & Seek", "Gracias A La Vida", "Cherokee Louise", and "No Ordinary Love".  © 1996-2021, Dusty Groove, Inc.
(Still sealed.)