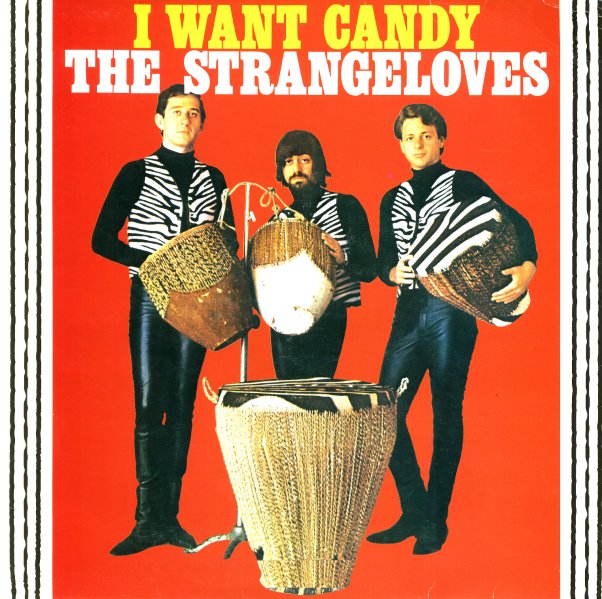 An all-out party rock classic – a record that's titled after the one huge hit by The Strangeloves, but which has killer cuts throughout – a set that's filled with heavily percussive, hard-jamming numbers that really keep the pace moving! The group seems to use a lot more bass drum than most of their contemporaries – a whomping bottom that gives them a lot more power than a trio – and mixed with their trademark rasping guitar sound, the result is something fantastic! There's a lot of heavy power to the set – a standout even from some of the other Australian acts of the period – and the chanted lyrics make the tunes even more compelling. Includes their huge hit "I Want Candy", plus "Night Time", "Just The Way You Are", "It's About My Baby", "No Jive", and "Cara Lin".  © 1996-2020, Dusty Groove, Inc.
(Limited edition of 1000 – on "candy apple" red vinyl!)

Miraculous Hump Returns From The Moon (marble smoke vinyl pressing)
Reprise/Real Gone, 1973. New Copy Gatefold (reissue)
LP...$25.99 26.99 (LP...$24.99)
A really wonderful little record – by a group who should have been much bigger than they were! Despite the fact that these guys are an obscure rock band with a silly name, the record's a perfect example of the subtly soulful work that was coming out of various west coast sources during the ... LP, Vinyl record album